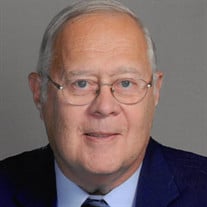 Funeral services for Mr. Bill Holder, 72, of Carthage, Texas will be 2:00 p.m. Tuesday, September 24, 2019 at Central Baptist Church with Dr. Monty Pierce, Rev. Steve Jackson, and Rev. Newt Hembrick officiating. Burial will follow in the Odd Fellows Cemetery under the direction of Hawthorn Funeral Home. Visitation will be 5:00-7:00 p.m. Monday, September 23, 2019 at Hawthorn Funeral Home. Mr. Billy Royal “Bill” Holder was born December 7, 1946 in Carthage, Texas and passed this life September 19, 2019 in Longview, Texas. Bill was the oldest of two sons born to the marriage of the late Royal William and Janie Marie English Holder. He was raised in the Snap Community, graduating with the class of 1965, and graduated Panola College in 1967. Bill married Pat Vaden and together they would raise a daughter and celebrate 31 years of marriage before she preceded him in death on April 6, 1998. Mr. Holder managed Ben Franklin stores throughout East Texas and Louisiana, and owned Bill’s Superette in Carthage. His career in journalism would begin as an advertising salesman in 1989. The sale of the paper lead to his promotion to publisher and then in 1998, he was promoted to vice president of East Texas Community Newspapers. Holder oversaw the operation of 15 newspapers in the East Texas group until they were sold. When Longview based Texas Community Media assumed ownership, they expanded with the Longview News-Journal and The Marshall News Messenger in 2012. Holder would spend a total of 20 years as publisher. Bill met Mary Sue Rountree Pippen, they married in 1998, and celebrated almost 21 years of marriage. Bill and Mary Sue were active members of Central Baptist Church of Carthage, where he taught the Maranatha Sunday School Class. Bill Holder served as past president of the Carthage Noon Lions Club from 1999-2000, board member for the Texas Country Music Hall of Fame, and elected Citizen of the Year in 2013 through the Panola County Chamber of Commerce. He was a respected, community minded businessman, editor and publisher, documenting the history of and serving the community he lived in and loved. Mr. Holder is survived by his loving wife, Mary Sue Holder of Carthage; daughter, Angie Holder Brumley and husband, Philip of McKinney and their children, Korey Gonzales and Katrina Gonzales; step-children, Susanna Crowder and husband, Chris and their son, Fitz, John Pippen and his children, Joshua and Jacob; brother, Jim Holder and wife, Judy of Snap Community; nephews, Joe Holder and wife, Melissa of Carthage, Jon Holder and wife, Tammy and their son, Kade of Carthage; a multitude of great-grandchildren, many other relatives and a host of friends. Serving as pallbearers will be; John Cain, Tom Stamper, Joe Holder, Jon Holder, Joshua Pippen, and Jacob Pippen. The family suggests memorials to Mission Carthage. Please leave online condolences at www.hawthornfuneralhome.com

The family of Mr. Bill Holder created this Life Tributes page to make it easy to share your memories.

Send flowers to the Holder family.