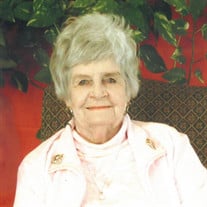 Graveside funeral services for Mrs. Carolyn Fortenberry, 89, of Carthage, Texas formerly of Lubbock, Texas will be 11:00 a.m. Friday, August 6, 2021 at the Lubbock Cemetery Mausoleum in Lubbock, Texas under the direction of Hawthorn Funeral Home. Mrs. Carolyn Belle Chick Fortenberry was born December 6, 1931 in Erik, Beckham County, Oklahoma. She passed this life August 2, 2021 in Carthage, Texas. Carolyn was one of four children born to the marriage of V.R. Chick and Fern Harmon Chick. She was raised and schooled in Lubbock graduating Lubbock High School and attending Texas Tech University. She married Joe Fortenberry June 3, 1953 in Clovis, NM and they celebrated 66 years of marriage before he preceded her in death on September 24, 2019. Mrs. Fortenberry was a loving homemaker to her family. She believed that family came first. She worked as a substitute teacher for the Lubbock I.S.D. until her retirement. Carolyn was a member of the Broadway Church of Christ. Her hobbies included painting and quilting. She is also preceded in death by two infant brothers and a sister, Jody Cotton. Mrs. Fortenberry is survived by her devoted children, son, Chick Fortenberry and wife Vivian of Carthage, daughter, Belinda Slack and her husband Joe of Rotan; five grandchildren, Tech Sgt. USAF Greg Fortenberry and wife Amy of Lakenheath Air Force Base,. England, Edwin and Tasha Fortenberry of Carthage, April Slack of Rotan, Charlie and Jessica Slack of San Angelo, and Shailyn “Shorty” Kendrick-Dickerson of Rotan; great grandchildren, Brandy Jones of Carthage, Jacob Fortenberry of England, James Fortenberry of Carthage, Austin Fortenberry of England, Annabelle Fortenberry of England, and Carlos Slack of San Angelo; numerous nieces, nephews and a host of friends. An online guestbook may be signed at www.hawthornfuneralhome.com

The family of Mrs Carolyn Belle Fortenberry created this Life Tributes page to make it easy to share your memories.

Send flowers to the Fortenberry family.