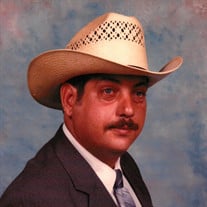 David Amir Hummadi, 61, passed away, Sunday, October 21, 2018 in College Station, TX. David was born March 31, 1957 to Dr. Abdul Amir “Al” and Veronica Brooks Hummadi in Stillwater, OK, the oldest of four children. He graduated from Carthage High School in 1975 and Kilgore College in 1981 with an associate’s degree in oil and gas technology. David served in the U.S. Air Force from 1975 to 1977. After his discharge, he began his lifelong career in the oil and gas industry. He retired as proprietor and manager of an Exxon-Mobil gas station just off the square in downtown Carthage. Apart from managing the station, David enjoyed spending time with his family and friends. He enjoyed swapping stories over dominos or cards, fishing, and riding his Harley, whenever he had the time. He was a member of the Carthage Masonic Lodge #521 AF & AM and Beacon Baptist Church of Bryan, TX. David is survived by his daughter, Dr. Nicola Ritter and her husband, Dr. Kyle Ritter of College Station, TX and son, Preston Hummadi of Tallahassee, FL; one grandson, Caleb Ritter; his mother, Veronica Hummadi of Tyler, TX; his sisters Muna (Les) Mitchell, Janan (Jack) Johnson, and Julie (Gayland) Brown; and nieces and nephews, Kristen Brown, Skylar Mitchell, Dylan Brown, Sarah Mitchell, and Abigail Mitchell. David was preceded in death by his father and nephew, Jonathan Pagan. Visitation will be 6-8:00 p.m. on Wednesday night at Hawthorn Funeral Home in Carthage, TX. Funeral services will be held at 10:00 a.m. Thursday, October 25, 2018 at the Hawthorn Funeral Home Chapel with Rev. Clinton Everett officiating. Burial will follow in the Odd Fellows Cemetery. In lieu of flowers, memorials may be made to Beacon Baptist Church, 2001 E. Villa Maria, Bryan, TX 77892 or Carthage Masonic Lodge #521, 403 Davis Street, Carthage, TX 75633. A special thank you to the people at Baylor Scott & White - College Station and Visiting Angels, and VA College Station Clinic for their loving care and support during his final days. Also, the family would like to extend their sincerest gratitude towards Hawthorn Funeral Home for being very accommodating and understanding during this difficult time.

The family of Mr. David Amir Hummadi created this Life Tributes page to make it easy to share your memories.

Send flowers to the Hummadi family.