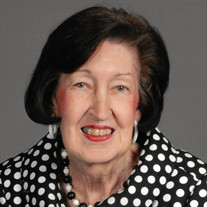 Funeral services for Mrs. Elsie Ulmer, 80, of Carthage, Texas will be 2:00 p.m. Tuesday, October 29, 2019 at the Hawthorn Funeral Home Chapel with Rev. Steve Jackson officiating. Burial will follow in the Shady Grove Cemetery under the direction of Hawthorn Funeral Home. Visitation will be 6-8:00 p.m. Monday night at the funeral home. Mrs. Elsie Lee Alexander Ulmer was born April 15, 1939 in Panola County, Texas and passed this life peacefully at her Carthage, Texas home October 26, 2019. She was the oldest of four children born to the marriage of Erby Lee and Alice Odell Barnett Alexander. She was raised and schooled in Carthage, graduating with the class of 1958. Elsie married William Frank Ulmer in 1958 and they celebrated 36 years of marriage before he preceded her in death in 1994. Mrs. Ulmer was an active member of the Central Baptist Church and the Golden Rule Sunday School Class. She was instrumental in the Mother’s Day Out program and Nursery at Central for many years. She loved photography, crafting, and spending time with her family, grandchildren and great grandchildren. She is also preceded in death by her parents; and sisters, Barbara Hardee and Beverly Romero. Mrs. Ulmer is survived by her loving daughter, Janet Boone and her husband Steve of Carthage; brother, Douglas Alexander and wife Jeane of Spring; grandchildren, Bryce Alexander Boone and wife Lauren of Hallsville, Olivia Leigh Boone of Houston; great grandchildren, Brooks Alexander and Blakely Rose; numerous other relatives and a host of friends. The family extends a special thanks to Heartsway Hospice, the Golden Rule Sunday School, and the Halsey St. neighbors for the love and attention shown. Serving as pallbearers will be; Tim Boone, Paul Leggett, Kevin Boone, Bryce Boone, Moises Hernandez, and Jeff Gunia. Honorary pallbearers will be; Everett Sleepy Reynolds, Charles Newton, Johnny May, Warren Ulmer, Marlin Williams and Charles Edwards. Memorials may be made to Central Baptist Church or The Sammy Brown Library. An online guestbook can be signed at www.hawthornfuneralhome.com

Funeral services for Mrs. Elsie Ulmer, 80, of Carthage, Texas will be 2:00 p.m. Tuesday, October 29, 2019 at the Hawthorn Funeral Home Chapel with Rev. Steve Jackson officiating. Burial will follow in the Shady Grove Cemetery under the direction... View Obituary & Service Information

The family of Mrs. Elsie Ulmer created this Life Tributes page to make it easy to share your memories.

Send flowers to the Ulmer family.