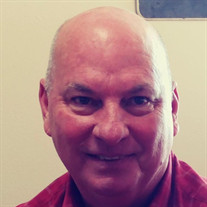 Guy Arthur Yarborough, 67, passed away at his home in Nacogdoches County early Saturday morning, March 21, 2020. He was born in Waco, TX, on February 6, 1953 to his parents, Lyndol Arthur and Estelline Holder Yarborough, who preceded him in death. Guy is survived by his wife of 44 years, Elizabeth Smith Yarborough, daughters and their husbands, Mary and Patrick Armstrong of Conroe, Texas, Shelley and Adam Alley of Nacogdoches, Texas along with 5 grandchildren; Joe Gill and Katelynn Armstrong and Wesley Arthur, William, and Emily Alley; sister, Sharon Yarborough Pearce of Carrollton; brothers and sisters-in-law Carolyn Smith Reid of Montgomery, Jamey & Carol Smith of Kingwood, and Joy Smith of Tyler; and a number of beloved nephews and nieces. His brothers-in-law whom he loved dearly, Robert Reid, Robby Smith, and Charles Pearce preceded him in death. Guy hurdled his way through Mart High School (Class of 1972) and then Tarleton State University (Class of 1977) to become a teacher and coach at several schools including Humble, Kingwood, and Elysian Fields High Schools. He also received his M.Ed. from Stephen F. Austin State University. While at Elysian Fields, he served as principal and superintendent and completed his career in education as superintendent in Gladewater ISD. Guy enjoyed many hobbies over the years including fishing, grilling, hunting, but his passion was always spending time with his girls, loving on his dogs, and serving the Lord. Guy was a member of First Baptist Church in Nacogdoches, Texas. Viewing will be come and go, no formal gathering, Monday, March 23, 2020 from 11:00 a.m. – 6:00 p.m. at Hawthorn Funeral Home in Carthage, Texas. Services will be held 10:00 a.m., Tuesday, March 24, 2020 in the Hawthorn Funeral Home Chapel with Rev. Noel Dear officiating. Burial will follow in Odd Fellows Cemetery under the direction of Hawthorn Funeral Home. Guests may only attend virtually via our Facebook page. In lieu of flowers, the family requests that you send donations to the First Baptist Church Nacogdoches Building Fund (FBCNAC.org), 411 North Street, Nacogdoches, TX 75961.

Guy Arthur Yarborough, 67, passed away at his home in Nacogdoches County early Saturday morning, March 21, 2020. He was born in Waco, TX, on February 6, 1953 to his parents, Lyndol Arthur and Estelline Holder Yarborough, who preceded him in... View Obituary & Service Information

The family of Mr. Guy Arthur Yarborough created this Life Tributes page to make it easy to share your memories.

Guy Arthur Yarborough, 67, passed away at his home in Nacogdoches...

Send flowers to the Yarborough family.