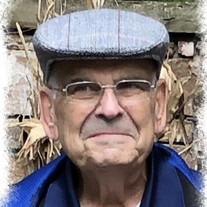 Services for Mr. Johnny Mack Ray will be Wednesday, April 3, 2019 at 3:00 p.m., in the Hawthorn Funeral Home Chapel with Rev. Mike Hudspheth, Rev. John Berry Rev. Craig Martin and Rev. Steven Hill officiating. Burial with military honors will follow in Deadwood Cemetery under the direction of Hawthorn Funeral Home. Visitation will be Tuesday evening, April 2, 2019 from 6 – 8:00 p.m. at the funeral home. Johnny Mack Ray, age 69, died at his residence in Deadwood, Texas on March 31, 2019. He was born August 18, 1949, in Shreveport, Louisiana, to L.T. Jr. and Juanita Parker Ray. Johnny is survived by his wife of 50 years, Gwen LaGrone Ray and his daughter Daphne Alford and her spouse, Donald. Others left to cherish his memory are his sister, Beverly Smith (Daniel), nephew, Devin Mayhall (April), and two brothers-in-law, Jack LaGrone (Martha) and Mike LaGrone (Carolyn). Johnny had three loves in his life: God, Family, Country. He was raised in a loving, Godly home and at twelve years of age, he made the decision to follow Jesus Christ. This decision to follow Christ set the course for his life. Following the example of Jesus Christ, he was always available to those in need. At King’s Temple, Johnny taught the four to five-year-old Sunday School class for 26 years. He also started a Boys Scout Program, sang in the choir, and acted in church plays while attending King’s Temple. After moving home to Texas, he was active in the Texas District CHURCH IN A DAY Program. Johnny loved his family. His order of priorities was Jesus Christ, Gwen, Daphne, other family members, and friends. After graduation from Carthage High School in 1968, he worked as the assistant manager for Perry Brothers. In 1971 he moved his family to Shreveport, Louisiana, and began a 46-year career selling oilfield supplies. In addition to providing for his family, he was devoted to Gwen and Daphne and developed a loving home atmosphere that allowed growth in faith, service, and community for all of them. Johnny’s love for his country is evidenced by his service to our nation. In May 1969, he was drafted into the US Army and completed basic training at Ft. Sam Houston in San Antonio, Texas. He was later stationed at Fort Lewis, Washington, and then stationed in Aschaffenburg, Germany, as a field medic. His wife and daughter were able to accompany him to both these assignments. During his tour of duty, he earned the Expert Field Medical Badge and he was honorably discharged with the rank of E5 in 1971. Johnny loved all people, he was a great listener, he was a kind and gentle man. Johnny Mack Ray – a man of excellence – an exceptional man – a life well lived. The family request donations be made in Johnny's memory to Panola County Cancer Coalition, Inc.

The family of Mr. Johnny Mack Ray created this Life Tributes page to make it easy to share your memories.

Services for Mr. Johnny Mack Ray will be Wednesday, April 3,...

Send flowers to the Ray family.