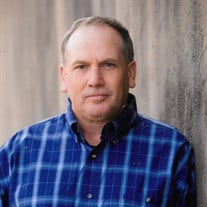 Graveside funeral services for Mr. Kyle Allen Knight, 52, of the Woods Community, of Panola County, Texas will be 11:00 a.m., Friday, September 27, 2019 at Woods Cemetery with Rev. Mike Lauxman presiding. Visitation will precede the service at 10:00 a.m. at the Woods United Methodist Church. Mr. Knight was born August 14, 1967 in Nacogdoches, Texas to Joseph Enoch and Linda Kay Templin Knight. He was reared in the Woods Community and graduated from Carthage High School in 1985. Kyle was a graduate of Texas A&M University in 1991 with an engineering degree and was always proud to be an Aggie. He is survived by his parents Joe and Kay Knight of the Woods Community; his daughter, Shelby Knight and her fiancé, Ramtin Eskandani of Tyler; a sister, Dr. Polly Knight Blankinship and her husband, Todd of Van Alstyne, Texas; a niece, Callie Blankenship and a nephew, Preston Blankenship of Van Alstyne, Texas; aunts and uncles, Jean and Jimmy Bowlin of Tenaha, Texas; Daphne and Robert Templin of Nacogdoches, Texas; Benjene Knight of the Woods Community. Kyle was preceded in death by his paternal grandparents, Thomas Enoch and Jennie Knight of the Woods Community; his maternal grandparents, Dick and Ruth Templin of the Paxton Community; and an uncle Thomas (Tommy) Knight of the Woods Community. He is also survived by numerous cousins and a host of friends. Pallbearers will be, Garrett Lauxman, Stephen Clackley, Robert Williams, Patrick Sharp, Robert Templin, Todd Blankenship, Jimmy Bowlin, Todd Thompson and Albert Ray. Kyle will always be remembered for his passion for collecting railroad memorabilia and his loving, generous heart and spirit. The family suggests memorials to Woods United Methodist Church, P.O. Box 218, Tenaha, Texas 75974. Service under the direction of Hawthorn Funeral Home.

The family of Mr. Kyle Allen Knight created this Life Tributes page to make it easy to share your memories.

Send flowers to the Knight family.