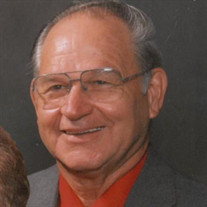 Funeral services for Mr. Marvin Crouch, Sr., 83, of Pensacola, FL formerly of Panola, TX will be 10:00 a.m. Thursday, November 19, 2020 at the Hawthorn Funeral Home Chapel with Bro. Tim Rogers officiating. Burial with military honors will follow in the Forest Park West Cemetery in Shreveport, Louisiana. Visitation will be 9-10:00 a.m. prior to the services Thursday at Hawthorn Funeral Home. Mr. Marvin Neal Crouch, Sr. was born March 19, 1937 in Salem, Missouri. He passed this life November 11, 2020 in Pensacola, Florida. Marvin was born to the marriage of Asbury Daniel and Ressie Mae Neal Crouch. He married Sylvia Lou Crouch before serving his country through the U.S. Air Force. She would precede him in death in 1999. He served the U.S. Post office as a rural route mail carrier receiving honors for saving the life of one on his route. He married Kathryn Rogers who also preceded him in death in 2020. Marvin was a member of the National Association of Letter Carriers Branch #197 in Shreveport, LA., and the New Hebron Baptist Church in Elysian Fields. He loved his church family, and spending time with his family. He could fix most anything being very mechanically inclined. He is also preceded in death by his parents; sister, Madonna Lou Mosely; son, Marvin Crouch, Jr., stepsons, Ricky, and Freddie Rogers. Mr. Crouch is survived by his son, David Crouch of Arp; daughter, Marnelle and Johnny James of Wellston, OK; step children, Gene and Janet Rogers of Kentucky, Ronnie and Debbie Rogers of Elysian Fields, Tim Rogers of Panola, Susan and Mike Faulk of Robertsdale, AL, Linda and Ricky Lawless of DeBerry; Daughter in law, Debbie Rogers of Panola; brothers, Linus Crouch of Salem, MO, and Eugene David Crouch of Salem, MO; many other relatives and a host of friends. Serving as pallbearers will be, Tim Dean, Ty Lawless, Winston Horton, Rob Dukes, Bradley Rogers, and Brett Spears. An online guestbook can be signed at www.hawthornfuneralhome.com

The family of Mr. Marvin Neal Crouch Sr. created this Life Tributes page to make it easy to share your memories.

Send flowers to the Crouch family.