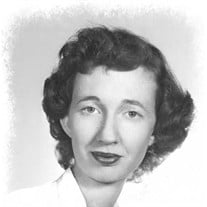 Merrell Ross Midyett Rhodes, who grew up in Carthage and spent much of her adult life in Shreveport, passed away peacefully at her home in Snap Community, Texas early Monday morning of heart failure. She was 91. She was preceded in death by her husband, Joseph Lee Rhodes, who died in 1999. She is survived by her three children, Joseph Jr., based in Dallas, Michael, who resides in DeBerry, Tx. and Carrie Rhodes Babin, who lives in Ponte Vedra Beach, Florida with her husband, Dana Babin and their two children, Merrell’s only grandchildren Luke and Braegan. Funeral services will be held Thursday at 10 a.m. at St. John’s Episcopal Church, 308 Cottage Road, in Carthage followed by a procession to Six Mile Cemetery in Snap Community where burial services will be held. Visitors are welcome to pay their respects in a public viewing Wednesday from 5-7 p.m. at Hawthorne Funeral Home, 307 West Wellington Street in Carthage. Born in Tyler on October 23, 1927, the third daughter of Felix Spencer and Ela Ross Midyett, Merrell was six years old when the family, including older sisters Marjorie and Susan, moved to Carthage. Spence Midyett owned a general store in Carthage for several decades and was also a well-known local cattleman. Both the Midyett and Ross families had deep roots in Panola County and the home in which she passed away was on property that had been in the Ross family for seven generations. She graduated from Carthage High School in 1944, the salutatorian of her class, and attended the University of Texas in Austin, where she received a degree in home economics in 1948. In the early 1950’s she worked as a home economics service advisor for Lone Star and United gas companies, demonstrating the newfound wonders of natural gas ovens and stoves at schools and trade shows all over east Texas and north Louisiana. The press release for a “cookery show” in Whitewright described her as an “expert in the art of gas cookery with a wide knowledge of practical phases of modern homemaking methods.” She met Joe Rhodes, working for an oil field seismic crew, in Jacksonville, Texas, where she was based. Their first date was to a local circus. They married on November 28, 1953 in Carthage and after a brief stint in west Texas, moved to Baton Rouge, where Merrell worked to put Joe through college at LSU, where he received a degree in petroleum engineering. After he took a job with Arkansas Louisiana Gas Company, they moved to Shreveport, where they would raise their family and reside for the next 25 years. After their children were grown, they built a house on the Snap Community property in 1985, where they lived out the rest of their lives surrounded by pine trees, gardens, an assortment of purebred Irish setters and the occasional feral cat. Merrell was a member of the local garden club, a gourd club and various herb-growing and painting groups. For many years, she took her Irish setters to regional dog shows where they won lots of prizes and enjoyed lots of treats. She loved cooking and painting and music. As a teenager she was a bobbysoxer, one of the screaming throngs at a Frank Sinatra concert in Dallas. As a young single woman and in her later years, she enjoyed traveling and history and Broadway musicals, especially Rodgers & Hammerstein. (South Pacific was her favorite.) In her final years, she was grateful for the support of her loving team of professional caregivers – Pansy, Candy, Lisa, Bernie and Amy, many of whom were with her in her final moments. In addition to her children and grandchildren, she is survived by two Irish setters, Lucy and Ainsley, one-lap-sized Bijan, Lilly and one fascinatingly loyal feral cat, Mrs. Carlson. In lieu of flowers, memorial donations can be made to the Six Mile Cemetery Association, c/o Sharon Holcomb, P.O. Box 603, Judson, TX, 75660 An online guestbook may be signed

Merrell Ross Midyett Rhodes, who grew up in Carthage and spent much of her adult life in Shreveport, passed away peacefully at her home in Snap Community, Texas early Monday morning of heart failure. She was 91. She was preceded in death... View Obituary & Service Information

The family of Mrs. Merrell Midyett Rhodes created this Life Tributes page to make it easy to share your memories.

Merrell Ross Midyett Rhodes, who grew up in Carthage and spent...

Send flowers to the Rhodes family.