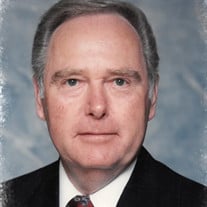 Funeral services for Dr. Port A. (Boots) DuBose, age 91, of Gary, Texas will be held on Monday, September 9, 2019 at 10:00 a.m. at Eastside Baptist Church in Gary, Texas with Rev. Dale Walker, Bro. Kevin Lake, and Rev. B.A. Morris officiating. Interment will follow at 3:00 p.m. Monday in Zion Hill Cemetery, 6 miles south of Jasper, Texas on Highway 96, under the direction of Hawthorn Funeral Home in Carthage, Texas. Dr. DuBose passed away on September 6, 2019 at his home in Gary, Texas. Dr. Dubose was born July 24, 1928 in San Augustine County to the late Pete and Linnie Irene Wright DuBose, the youngest son in a family of nine children. He married the love of his life, Oneida Kelly, on August 4, 1949, and they enjoyed a wonderful life together. After graduating from High School at Brookland, Texas he joined the U.S. Army Air Corp. and Air Force during World War II. He served in the Occupation Forces in Tokyo, Japan, assigned to Headquarters Squadron Far East Air Force, from November 1946 until April, 1949, and attained the rank of SGT. Upon his return to the United States, he was stationed at Barksdale Air Force Base. Dr. Dubose was saved on September 2, 1954 at Parkwood Baptist Church in Buna, Texas. He and his wife were baptized together on September 5, 1954 in Trout Creek near Kirbyville, Texas. Dr. DuBose was ordained as a deacon by Parkwood Baptist Church of Buna, Texas on December 4, 1954. He surrendered to the call of the ministry and licensed to preach the gospel on November 25, 1956. Dr. DuBose became ordained as a Minister of the Gospel on December 13, 1957. He enrolled in Texas Baptist Institute and Seminary in September, 1967 and graduated from TBI in May of 1971, receiving a Master of Theology Degree. He became an instructor at TBI in 1974. He loved to teach, especially English. His teaching helped equip countless young ministers to become effective pastors and preach the gospel to further God’s kingdom. On June 3, 1977 he received a Doctor of Theology Degree. During his years as instructor at Texas Baptist Institute & Seminary, he had many articles published in The Baptist Monitor and wrote several books of outlines on various books of the Bible. He was known for his expertise in diagramming sentences from the King James Version of the Bible. He wrote his own teaching material for the subjects of Personal Evangelism and Pastoral Evangelism. His textbook entitled “Mechanics of Bible English” was published in 1981. Dr. DuBose retired from teaching at TBI in 2012 after 38 years. Dr. Port A. DuBose pastored six different ABA churches during his lifetime: Crossroads Baptist Church, North Bonami Baptist Church, Beulah Springs Baptist Church, all in Kirbyville, Texas area and Calvary Baptist Church in Silsbee, Texas. He then accepted the call to pastor Eastside Baptist Church in Gary, Texas on November 8, 1970. He was pastor of Eastside Baptist Church for 28 years, retiring on November 9, 1998 and remained there as a faithful member. Soon after his retirement he was appointed Pastor Emeritus. On August 1, 2004 Eastside Baptist Church established a scholarship fund to be provided to a deserving student at TBI each school year in honor of Dr. DuBose. Eastside also honored him with a “50 Years in the Ministry” celebration in December, 2006. In 2012, his grandson, Arthur Head, began providing new Bibles each year to graduating students of Texas Baptist Institute & Seminary, which will continue each year in honor of Dr. DuBose. He always had time to offer counsel when counsel was sought, to listen when understanding was important, to guide when guidance was necessary and most of all, love unconditionally. We are comforted in knowing the first words he heard when entering heaven was, “Well done, thou good and faithful servant”. He was preceded in death by his parents, an infant son: Larry Wayne DuBose; infant g randson: Michael Christopher Head; three brothers: Autt, Donald, and Richard (Dick) Dubose, four sisters: Dovie Mott, Ruby Williams, Dolly Belle Frederick, and Millie Williams. Dr. DuBose is survived by his beloved wife of 70 years, Oneida Kelly DuBose of Gary, TX; Children: Son, Daniel A. DuBose and wife, Beki, of Ocean Springs, MS; Daughter (Daddy’s little girl), Brenda Head Hampy of Tyler, Texas; Grandchildren: Arthur W. Head, who was like a son to him, and wife, Donna of Brookeland, TX; Beau D. DuBose, and wife, Danielle of D’Iberville, MS; Dalyn Dubose Lohfink and husband, Marcus of Biloxi, MS; Great-grandchildren: Kaley Head, of Galveston, Texas, Colton Head of Brookeland, Texas, Samantha DuBose of D’Iberville, MS., and Isaac Lohfink of Biloxi, MS. Sister: Dr. Elizabeth Reneau of Lufkin, Texas; Sister-in-law: Nell DuBose, and a host of nieces, nephews, cousins, and special life time friend Prue Lane. Pallbearers are: Arthur Head, Colton Head, Beau DuBose, Troy Lake, Maxie Lake, John Patty, Ona Mullenax, Sidney Burns, and Ronnie Porter. Honorary pallbearers are the men of Eastside Baptist Church and the Texas Baptist Institute & Seminary faculty and students. Visitation will be from 6-8:00 p.m. Sunday, September 8, 2019 at the Hawthorn Funeral Home. Memorial donations may be made to the General Fund of Texas Baptist Institute & Seminary, 1300 Longview Drive, Henderson, TX, 75652 or the Mission Fund of Eastside Baptist Chruch, 1996 FM 999, Gary, TX 75643. Appreciation to the Visiting Angels Staff, special thanks to, Tika, and Alice. An online guestbook may be signed at www.hawthornfuneralhome.com

The family of Dr. Port A. DuBose created this Life Tributes page to make it easy to share your memories.

Send flowers to the DuBose family.