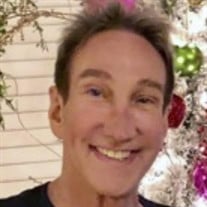 Graveside services for Mr. Randy Reeves, 70 of Bedford, Texas will be 2:00 p.m., Sunday, October 24, 2021 in Odd Fellows Cemetery with Dr. Allen Tilley officiating. Burial will follow under the direction of Hawthorn Funeral Home. Randall Guy Reeves, the son of Pat Reeves and the late Jack Reeves, was born in Carthage, Texas on April 4, 1951. He passed away at his home in Bedford, Texas on October 2, 2021. Randy’s “schooling” was a bit unusual. He graduated twelve years of school, never attending the same school two years in a row, a result of growing up an Air Force “brat”, an affectionate term for military dependent children. He graduated from Carthage High School in 1969 while his dad was serving in Viet Nam. Most children leave their parents and go off to college. Jack returned from Viet Nam and WE moved off to Altus, Oklahoma, leaving Randy to attend Panola Junior College. He had two years living with his precious grandmother, Beatrice Adams. After graduating from our wonderful Panola College, he moveed to Dallas and worked at Sanger’s Department Store before taking a job with Haverty’s Funiture. He worked there for several years, often going to set up their floor displays when they opened new stores. Randy decided he needed to “better” his future, so he enrolled at Tarrant County College where he graduated as a Certified Respiratory Therapist. He worked as a repiratory therapist for Harris Hospital Systems for several years, did sleep study assesments and retired as Director of Respiratory Home Care and Accurate Medical. Randy loved his family. He loved his home. His backyard was “magazine” worthy with beautiful banana trees and colorful flowering plants. He enjoyed flying and soloed after he moved to D/W area. He never met a stranger. He was very much a “people” person. His smile and laughter will be greatly missed. Randy is survived by his mother, Pat Reeves; his devoted partner of 44 years, Alan Murdock; his sister, Jackie Griffin and her husband, Claude; his brother, Scott Reeves and his wife, Kelly; nieces, Stacey Larkin, Kristen Carpenter, Meredith Roberts (Turner), Emily Och (Greg); nephew, Ben Reeves (Mallory) and great nieces, Norah Kate Roberts and Sophie Reeves, and great nephews, Finn, Knox and Jack Roberts, Micah Reeves and Gentry Och. Randy is also survived by a family of wonderful friends. An online guestbook may be signed at www.hawthornfuneralhome.com

The family of Mr. Randy Reeves created this Life Tributes page to make it easy to share your memories.

Send flowers to the Reeves family.