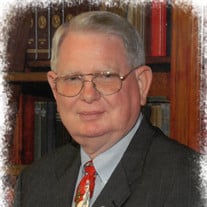 Funeral services for Sgt. Bob Fleming, 73, of Carthage, Texas will be 10:00 a.m., Monday, May 18, 2020 in the Hawthorn Funeral Home Chapel with Dr. Dale Reed and Rev. Kevin Otto officiating. Friends may attend via Facebook live. Burial will follow at 2:00 p.m. in Matinburg Cemetery in Pittsburg, Texas where family and friends are invited to attend. A viewing for family and friends will be Sunday, May 17, 2020 from noon to 6:00 p.m. at the funeral home. Mr. Robert John Fleming was born June 27, 1946 in Shreveport, Louisiana. He passed this life May 12, 2020 in Tyler, Texas. Bob was one of two sons born to the marriage of Roy Preston Fleming and Edna Marie Tucker Fleming. He was raised and schooled in Carthage, Texas. As a boy he was involved in Scouts, earning the highest honor one can earn – an Eagle Scout. He graduated with the class of 1965. Bob attended Stephen F. Austin State University, Panola Junior College and was a graduate of the Kilgore Police Academy. Bob married Cheryl Jane Meyer January 8, 1972. They celebrated 48 years of marriage, raised a loving daughter, and cherished two grandchildren. Mr. Fleming worked as a field switcher for R. Lacey for over 35 years retiring in 2012. He began his law enforcement career as a reserve deputy which lead to the title of Sergeant Deputy Constable for the Panola County Sheriff’s Department which he served for over twenty-three years. Mr. Fleming’s community service continued as a longtime member of the First United Methodist Church where he served as an usher, member of the Methodist Men, Administrative Board, cooked for the Logo’s program and helped in the Eagle Scout program. He also served his community for over 25 years as a dedicated and loyal member of the Hawthorn Funeral Home Family. He is preceded in death by his parents, and a brother, Randal Paul Fleming. Mr. Fleming is survived by his loving wife, Cheri Fleming of Carthage; daughter, Kimberly Ann Smith and husband Chris of Carthage; beloved grandchildren, Bryan Hunter Bagley and Jacie Elizabeth Bagley both of Carthage; nephew, John Randal Fleming; special cousin, Kelly Michelle Gross and husband Chad; many neighbors, community friends and law enforcement family. The family suggests memorials to First United Methodist Church of Carthage, 201 S. Shelby, Carthage, Texas 75633.

The family of Mr. Robert "Bob" Fleming created this Life Tributes page to make it easy to share your memories.

Send flowers to the Fleming family.