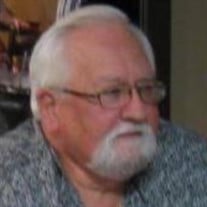 A memorial visitation for Mr. Ronald Millican, 74, of DeBerry, Texas will be 2-4:00 p.m. Saturday, April 24th at the Hawthorn Funeral Home. Mr. Ronald Carrol Millican was born January 21, 1947 in Carthage, Texas. He passed this life, April 12, 2021 in Longview, Texas. Ronald was one of three children born to the marriage of Marvin Michael and Mary Jo Haire Millican. He was raised and schooled in Carthage, later graduating high school in Patterson, Louisiana with the class of 1966. He served his country through the U.S. Air Force. Ronald would obtain his Bachelors in Engineering from Lamar University in Beaumont. Mr. Millican worked as a general technician for General Motors. He married Isidee “Tincey” Cobb July 28, 1971. Ronald was a member of the Hap Arnold Shrine Temple and member of the Panola County Bass Club. He was a great gumbo cook, loved crawfish and time with family. He is preceded in death by his parents, and brother, Michael Marvin Millican. Mr. Millican is survived by his loving wife, Isidee “Tincey” Millican of DeBerry; son, Chris Millican and wife Tanya of Beckville; daughters, Angela Millican Deskin of OK, and Rhonda Walker of Kilgore; sister, Jodi Richard and Howard Beasley of Carthage; sister-in-law, Kaye Millican of Village Mills; grandchildren, Savannah and Dalton Millican, Timothy Deskin, Taylor and Jackson Walker; one great grandchild; numerous nieces, nephews and a host of friends. An online guestbook may be signed at www.hawthornfuneralhome.com

The family of Mr. Ronald Carroll Millican created this Life Tributes page to make it easy to share your memories.

A memorial visitation for Mr. Ronald Millican, 74, of DeBerry,...

Send flowers to the Millican family.