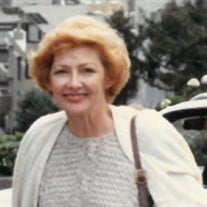 Hawthorn Funeral Home announces the passing of Mrs. Rose Brashear McNeill, 77, of Tenaha, Texas. Mrs. Rosalee Marsh Brashear McNeill was born November 11, 1943. Her formative years were spent on her family farm outside Gravette, Arkansas. She passed this life April 10, 2021, in Longview, Texas. Rose was one of six children born to the marriage of David Edwin and Ruby Dell Edwards Marsh. She was raised in the Christian faith. Rose was schooled in the Gravette educational system, graduating high school there, and then attended business school in Dallas, Texas. In her legal career, Rose worked as a paralegal, legal secretary, and office manager in such prestigious law firms as Johnson and Swanson in Dallas and Clark, Thomas, Winters and Shapiro in Austin. She also worked for several notable attorneys in other firms including Mack Kidd and Rex White, Jr. of Austin. Rose loved gardening, particularly flowers. However, the activity she devoted herself to more than any other was caring for the needs of her family and friends. Since her death, several of her friends have commented that if they were asked to sum up her life in three words, it would be that, “she was kind.” Mrs. McNeill is preceded in death by her parents, a brother, Arbie Marsh, and a brother-in-law, Max Scoggins. She is survived by her devoted husband, Larry McNeill, of Tenaha; son Logan L. Brashear and wife, Lisa Schoenberger, of Oxnard, California; brothers Paul Marsh and wife Mary of Rogers, Arkansas; Jerry Marsh and wife Pam of Farmington, Arkansas; sisters Frances Riggs and husband Bill of Sparta, Tennessee; Lola Scoggins of Rogers, Arkansas; sister-in-law Ima Mae Marsh of Springfield, Missouri; and numerous nieces, nephews, and a host of friends. A memorial service will be held at the Paxton United Methodist Church in Paxton, Texas, on Sunday, April 25 at 2 p.m. A family gathering commemorating her life will be held late in May or early June in Rogers, Arkansas. In lieu of flowers, the family requests that you consider a donation in her name to Paxton United Methodist Church, c/o Gene Hutto, 1150 CR 3550, Joaquin, Texas. An online memorial maybe signed at www.hawthornfuneralhome.com.

The family of Mrs. Rosalee Marsh Brashear-McNeill created this Life Tributes page to make it easy to share your memories.

Send flowers to the Brashear-McNeill family.