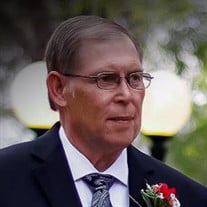 Funeral services for Rev. Sammy Joe Freeman, age 72 of Beckville, will be held on Monday, March 28, 2022, at 2:00 p.m. at the Pine Grove Assembly Church in Beckville. The family will receive friends from 4:00 p.m. – 6:00 p.m. on Sunday at Hawthorn Funeral Home. Rev. Sammy Joe Freeman was born July 14, 1949, in Longview, Texas. He passed this life March 24, 2022, in Longview, Texas. Sammy Joe was one of four children born to the marriage of Noah Allen and Ruth LaVerne Waits Freeman. He was raised and schooled in Tatum graduating with the Eagle class of 1968 and attended Panola College. He married Ella Louise George and together they celebrated 50 years and 7 months of marriage with four children. Rev. Freeman loved to read his Bible and anything about history. He also loved singing and playing his guitar. He was a chief journeyman machinist for Joy Global for over 25 years. He started preaching the Word of God at the age of 17 and started his pastoring career at Waskom First Assembly and later went to preach at Oak Grove Assembly of God in Plain Dealing, La. Rev. Freeman was currently pastoring at Logan Assembly of God where he spent 31 years preaching the Word. He is preceded in death by his father Noah Allen Freeman, and one brother, Ronnie Allen Freeman. Rev. Freeman is survived by his mother, LaVerne Freeman of Chalk Hill; wife, Louise Freeman of Beckville; sons, Brian Freeman of Beckville and Stephen Freeman and his wife Grelyn of Longview; daughters, Tricia McFadin and husband Mike of Beckville and Christie Chavez and her husband Mani of Commerce and one niece, Ashley George of Longview, to whom he and his wife were guardian; brother, Andy Freeman and wife Kathy of Chalk Hill and one sister, Pat Conner of Chalk Hill; grandchildren, Kolby Freeman, Christian Chavez, Jonah Chavez, Kaelei Briseno, Elijah Sexton, Gracie Sexton, and Noah Sexton. Also surviving him are numerous nieces, nephews, and a host of friends and family. An online guestbook may be signed at www.hawthornfuneralhome.com

The family of Rev Sammy Joe Freeman created this Life Tributes page to make it easy to share your memories.

Send flowers to the Freeman family.