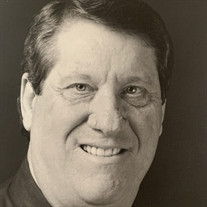 Funeral services for Mr. Terry Williams, 63, of Bedford, Texas formerly of Carthage, Texas will be 2:00 p.m. Friday, December 6, 2019 at the First Baptist Church of Carthage, Texas. Visitation will be 6-8:00 p.m. Thursday December 5, 2019 at Hawthorn Funeral Home. Mr. Terry Lee Williams was born June 13, 1956 in Marshall, Texas. He went to be with his Lord and Savior, December 2, 2019 peacefully at his Bedford home. He was born to the marriage of Norvil and Beatrice “Bea” Willey Williams. They moved to Carthage at his age of 14, where he spent the next 40 years of his life. He met the love of his life, Marja, their senior year of high School. They married June 18, 1976 and have two sons. They went on to own and operate Williams Furniture Co. in Carthage for almost 30 years Terry was a longtime member of First Baptist Church of Carthage where he served as a deacon, sang in the Churchman Quartet and taught the Young Married Couples Class. Terry and Marja moved to Bedford, Texas in 2011 to be closer to their precious children and grandchildren who are so dear to their hearts. Terry was employed by Weir’s Furniture in Southlake and attended First Baptist Church, Colleyville. To know Terry was to love Terry. He was the epitome of Joshua 24:15b “But as for me and my house, we will serve the Lord.” He wanted nothing more than to see his sons, their wives and his grandchildren serve the Lord. Terry had a servant heart, not only for serving his Lord but his family and others as well. Terry loved deeply not only in word but more often in deed. He was always willing to lend a helping hand and serve where he was needed. This was most apparent in his relationship with his beloved wife whom he adored and loved every minute of caring for her. Terry is preceded in death by his parents and mother-in-law, Dixie Joines. He is survived by his wife of 43 years, Marja: son, Erik and his wife Julie of Crowley, Texas; son, Adam and wife Kellie of McKinney, Texas; cherished grandchildren, Breanna, Bradley, Luke, Brayden and Micah; brothers: Johnny and his wife Terri, Steve and his wife Rhonda, Cody and his wife Julie; father-in-law Carson Joines; brother-in-law Mart Joines and his wife Karen, sister-in-law Mindy Paschal and her husband David; and a host of nieces and nephews.

The family of Mr. Terry Williams created this Life Tributes page to make it easy to share your memories.