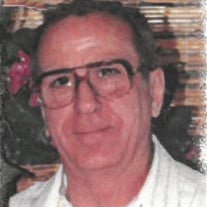 Funeral services for Mr. Thomas Howard Rhiddlehoover, 85, of Carthage, Texas will be 3:00 p.m. Friday, April 19, 2019 at the Hawthorn Funeral Home Chapel with Dr. Monty Pierce and Rev. Newton Hambrick officiating. Visitation will be from 2-3:00 p.m. Friday prior to the service. Masonic graveside services will follow in the Restland Memorial Park Cemetery under the auspices of the Beckville Masonic Lodge #922. Thomas Howard Rhiddlehoover, 85, of Carthage, Texas, passed away April 16, 2019 at Winkler House in Carthage, Texas. Howard was born January 5, 1934 in Panola County, Texas to Howard Alphonso (Fonnie) and Connie Lorene (Secrest) Rhiddlehoover Booth. He was raised in Carthage and the Rock Hill Community, graduated from Beckville High School with the class of 1952. He went on to serve in the US Army Signal Corps from 1955 to 1957. Howard received both his bachelor’s and Master’s in education from Stephen F. Austin State University, after which he began teaching in Kennard, Texas in 1960. He then worked for Carthage Independent School District as a Math teacher until his retirement in 1990. Howard was raised a Mason in 1957 and became a Master Mason for Beckville Lodge #922. He was awarded the Golden Trowel in July 2010 and received his 60-year pin in 2017. Howard enjoyed traveling, genealogy, listening to polka music, and spending time with the many dogs he had over his lifetime, but he was happiest when he was with the love of his life, Alice Lenora (Ramsey) Rhiddlehoover, whom he married on May 31, 1968. They would celebrate 49 wonderful years together until her death on June 24, 2017. Mr. Rhiddlehoover is preceded in death by his beloved wife, parents, and sister Linda Booth Reed. He is survived by his sister, Yvonne Carter and husband Reid of Carthage, brother-in-law Sam Reed of Rock Hill; nieces, Rhonda Gates of Houston, Regina Humphries and husband Charles of Carthage, Roxann Reed of Beckville, Deanna Humphrey and husband Steve of Anahuac, Martha Mertz of Oklahoma City; nephews, Maurice Cassidy of Greenville and Dick Walker and wife Dympthea of Anahuac; many great nieces and nephews; other relatives; and a host of friends. The family request donations to: Heartsway Hospice, 437 W. Panola, Carthage, Texas 75633 or Mission Carthage, Inc., PO Box 1208, Carthage, Texas 75633.

The family of Mr. Thomas Howard Rhiddlehoover created this Life Tributes page to make it easy to share your memories.

Send flowers to the Rhiddlehoover family.