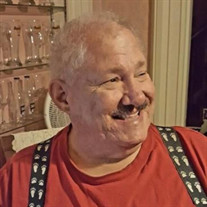 Memorial Service for William Nichols will be held Saturday, September 25, 2021, at 3:00 p.m. At Hawthorn Funeral Home Chapel, Carthage Texas. William Lawrence Nichols, (aka Larry, Larry Barry, Bull, Netamibull) was born on March 26, 1956, at the Connally Air Force Base near Waco, Texas to William Lloyd “Nick” Nichols and Willie Mae Lawrence Nichols. As a child of an officer in the Air Force, William has lived in many places, including, Carthage Texas, Riverside, California, Blytheville Air Force Base, Arkansas, Anderson Air Force Base, Guam, and Loring Air Force Base, Maine. William was an honor graduate from Carthage High School and earned a bachelor’s degree from Stephen F. Austin State University in Nacogdoches, Texas, with a double major in history and health education/athletic administration. He pursued his graduate degree at the University of Texas at Tyler. William taught at Blackfeet Community College in Browning, Montana, and retired from Clark County School District in Las Vegas, Nevada. William was involved with the Cub Scouts and Boy Scouts, achieving the ranks of Eagle Scout and the Order of the Arrow. He served as a Scout Master and Camp Director. He was an avid Civil War reenactor, donning full Civil War regalia when he and Lori Klingensmith married at the Old Mormon Fort in Las Vegas. William and Lori shared many adventures before taking on the challenges of operating the Riverview Mansion Bed and Breakfast in Metropolis, Illinois. William was a thoughtful, kind, gentle, and knowledgeable man with a unique sense of sarcasm, having a quick wit and a love for telling stories. He dedicated his life to Christ Jesus at the First Assembly of God Church in Carthage and eventually joined the Church of Jesus Christ of Latter-Day Saints in which he was an active member of the Paducah Ward William is preceded in death by his parents, brother, James Randall Nichols, sister, Susan Kathleen Nichols and her husband Paul Pineda, and his brother-in-law Albert Lynn Hawthorne. He is survived by his loving and dedicated wife, Lori Klingensmith, daughters Jessica Seppa with her husband Brian and their children of Boise, Idaho, and Amanda Nichols of Eugene, Oregon, brothers Robert Craig Nichols with his wife Debbie and their children of Longview, Texas, and Thomas Lloyd Nichols of Temple, Texas, paternal sibling Sharon A. Johnson with her husband Bill of Kemmerer, Wyoming, and along with many other dear family and friends.

The family of Mr. William Lawrence "Larry" Nichols created this Life Tributes page to make it easy to share your memories.

Memorial Service for William Nichols will be held Saturday, September...

Send flowers to the Nichols family.